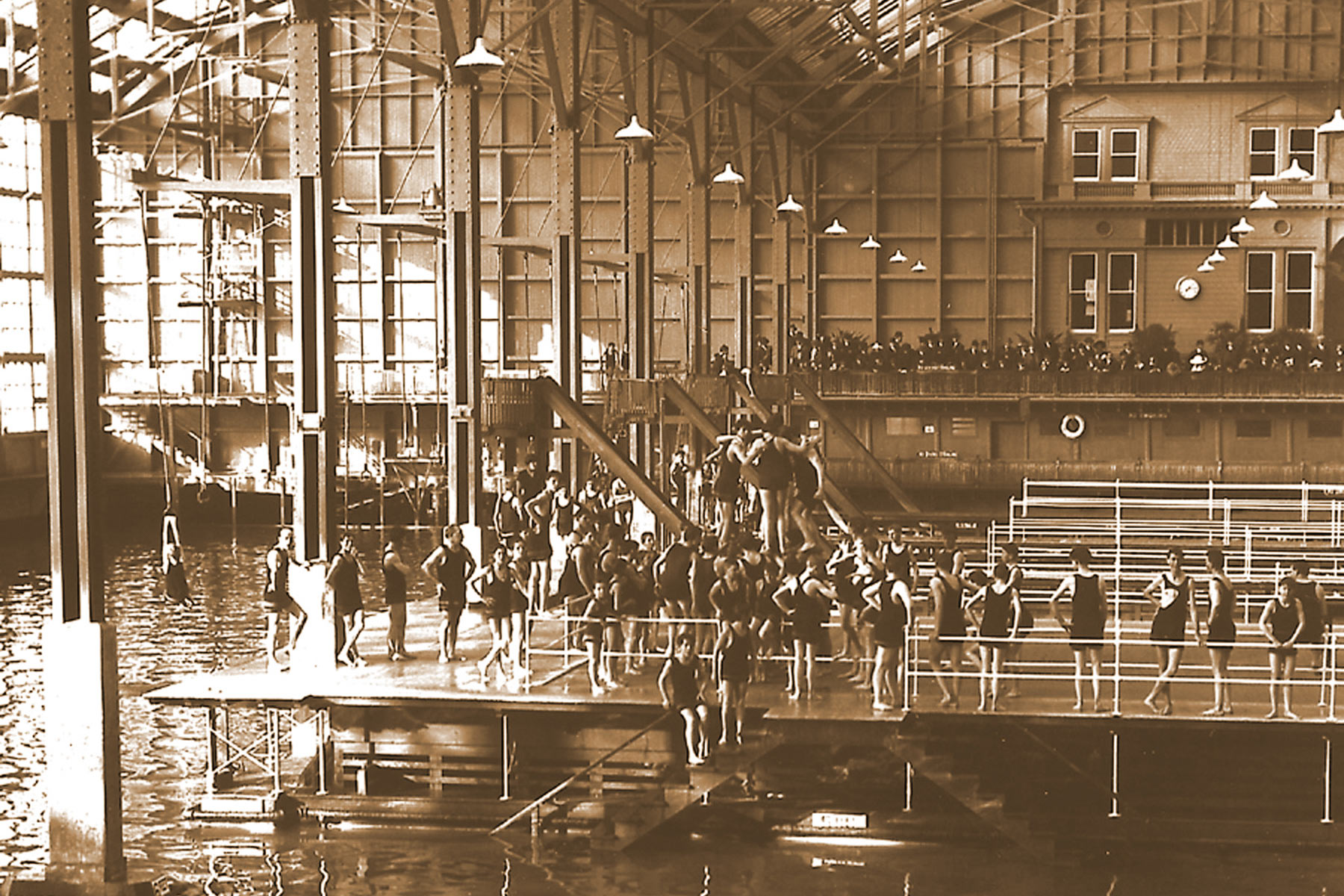 Commissioned in 1991 by the San Francisco Museum of Modern Art, the project was featured in the “In the Spirit of Modernism” exhibit, and was selected in the New Public Realm Competition by Progressive Architecture. The design embeds the core principles of LMSa’s work into a scheme that is as pertinent today as it was when it was conceived some decades ago. The original Sutro Baths was completed in 1894 by the wealthy mining engineer and former San Francisco mayor, Adolph Sutro. Located at the edge of the Pacific Ocean near Golden Gate Park, the complex incorporated seven indoor swimming pools, a promenade, a stage and seating for over 5,000 spectators. In 1966, the building was destroyed by fire, creating San Francisco’s most spectacular ruin.