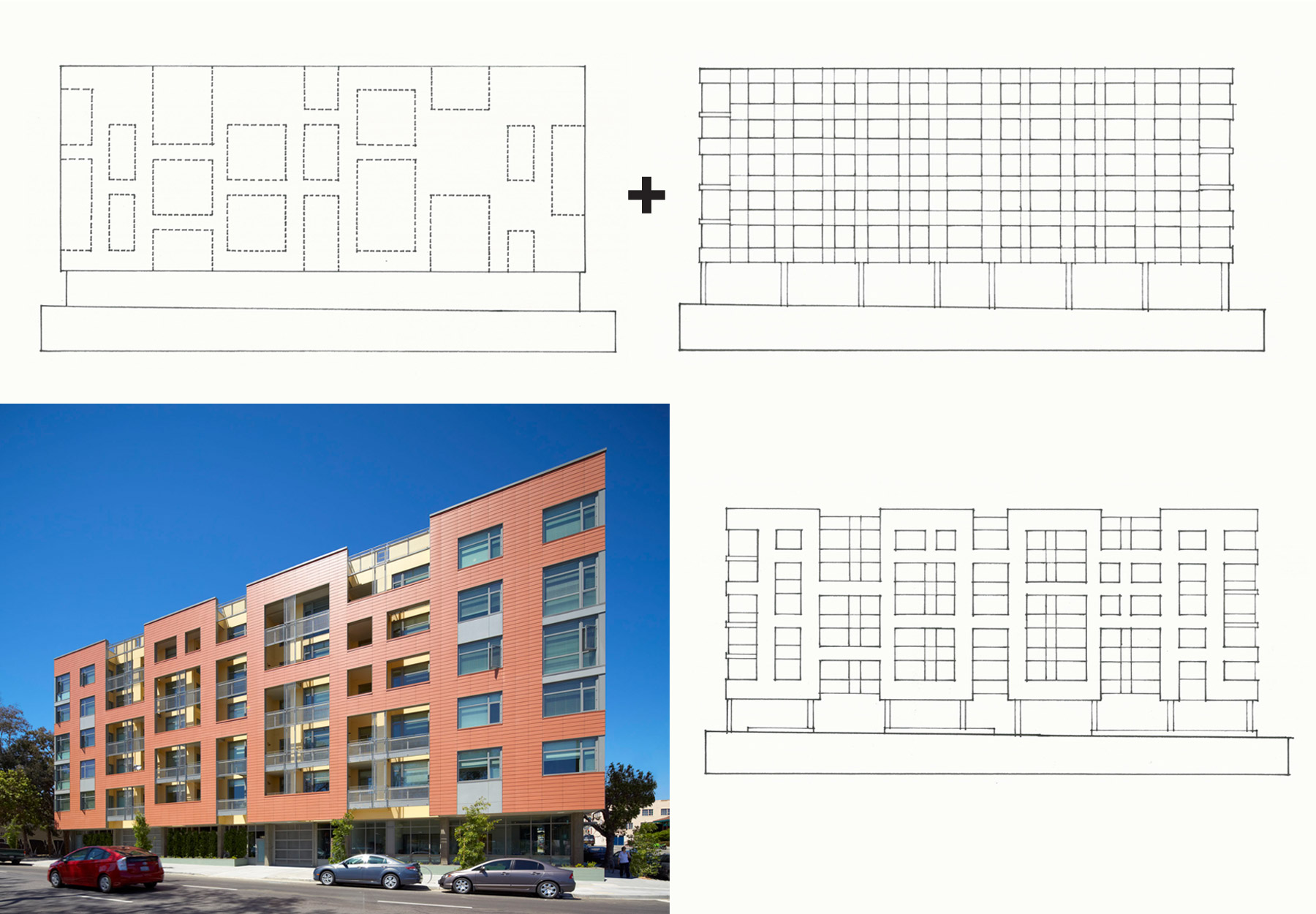 Merritt Crossing in Oakland is also located next to a freeway at an urban brownfield site. Similar to RCA, the design of Merritt Crossing leverages cutout facade to provide the larger rhythm across the building skin. Unlike RCA, Merritt relies on layering the cutout facade over a "tartan grid" of panels and windows. Sometimes the cutouts correspond to the tartan grid beneath and sometimes they encompass several bays, a pair vertically or a group of four. Because the facade reads in two planes instead of one, additional depth, visual variety, and shadow lines strengthen the formal structure of the exterior. The layered facade provides a visual and acoustical buffer from the freeway.